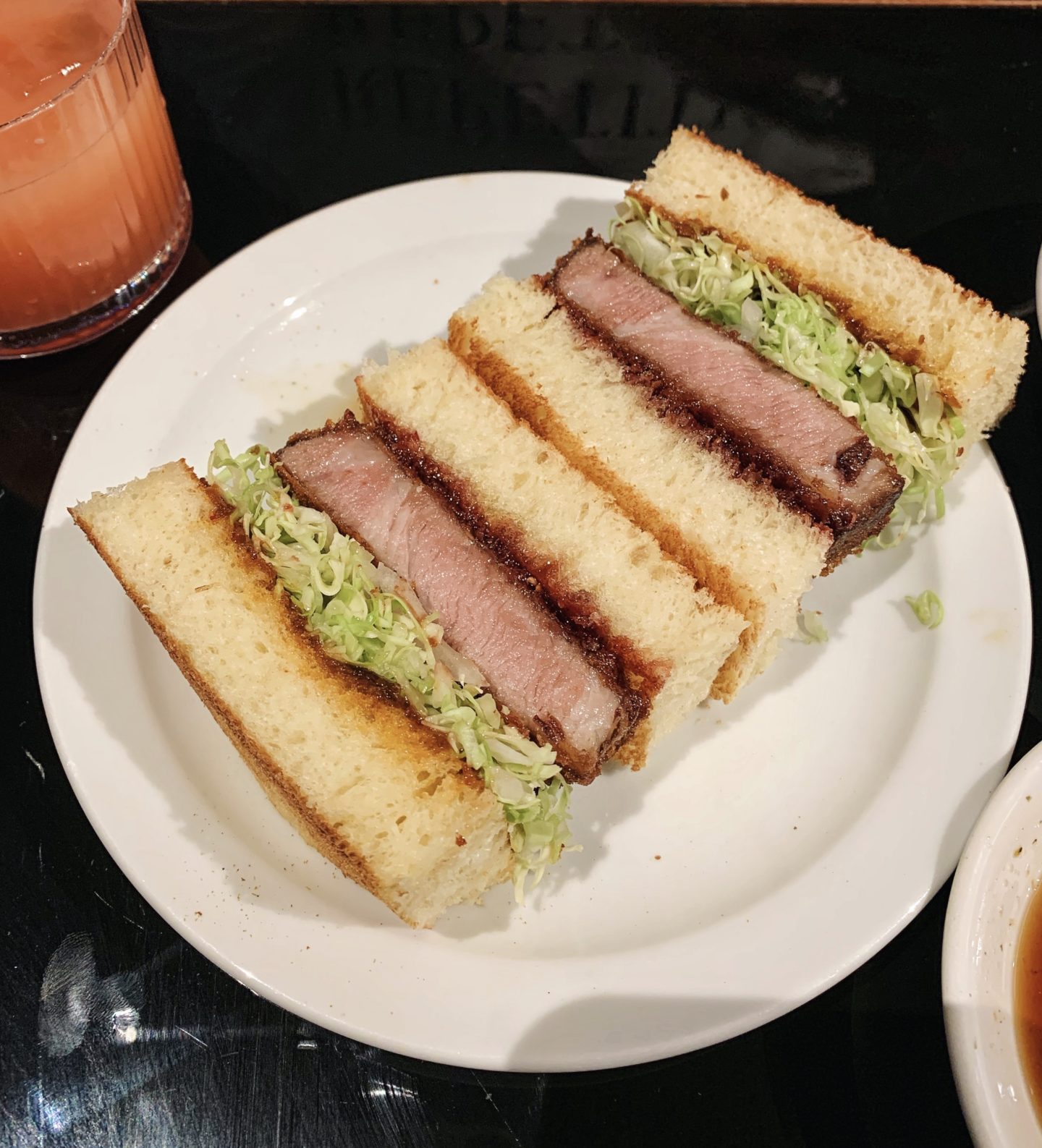 When I scroll through my photos and remember all the places I’ve been to I have so many good memories. Food brings people together and so many occasions revolve around eating. It brings joy, laughter but above all happiness. Here are some of my top 5 restaurants in London and ones which I’m looking forward to visiting, hopefully soon!

Kangnam Pocha is in ‘my top 5 restaurants in London’ list for a reason. This is the place for Korean food in Central. Tucked away along Drury Lane, Kangnam Pocha do my favourite soup in EVER – Yukgaejang, a spicy beef soup. The soup has a great depth of flavour and the shredded beef is always tender. It also has glass noodles in the soup too which adds texture. Served with a bowl of rice, it’s easily the best dish on the menu in my opinion. If you’re not a soup person Kangnam Pocha also have an array of other dishes as well. To we normally always go for the seafood pancake, haemul pajeon. Crispy on the outside, soft and fluffy on the inside, and filled with seafood you can’t go wrong with this. If you’re not keen on seafood they also have a kimchi pancake as well which is just as good. For meat lovers, galbi short ribs are a must. A classic is also spicy bbq pork belly, jeyuk bokkeum. Plenty of flavour and a little bit of heat, this goes perfectly with a bowl of plain white rice. 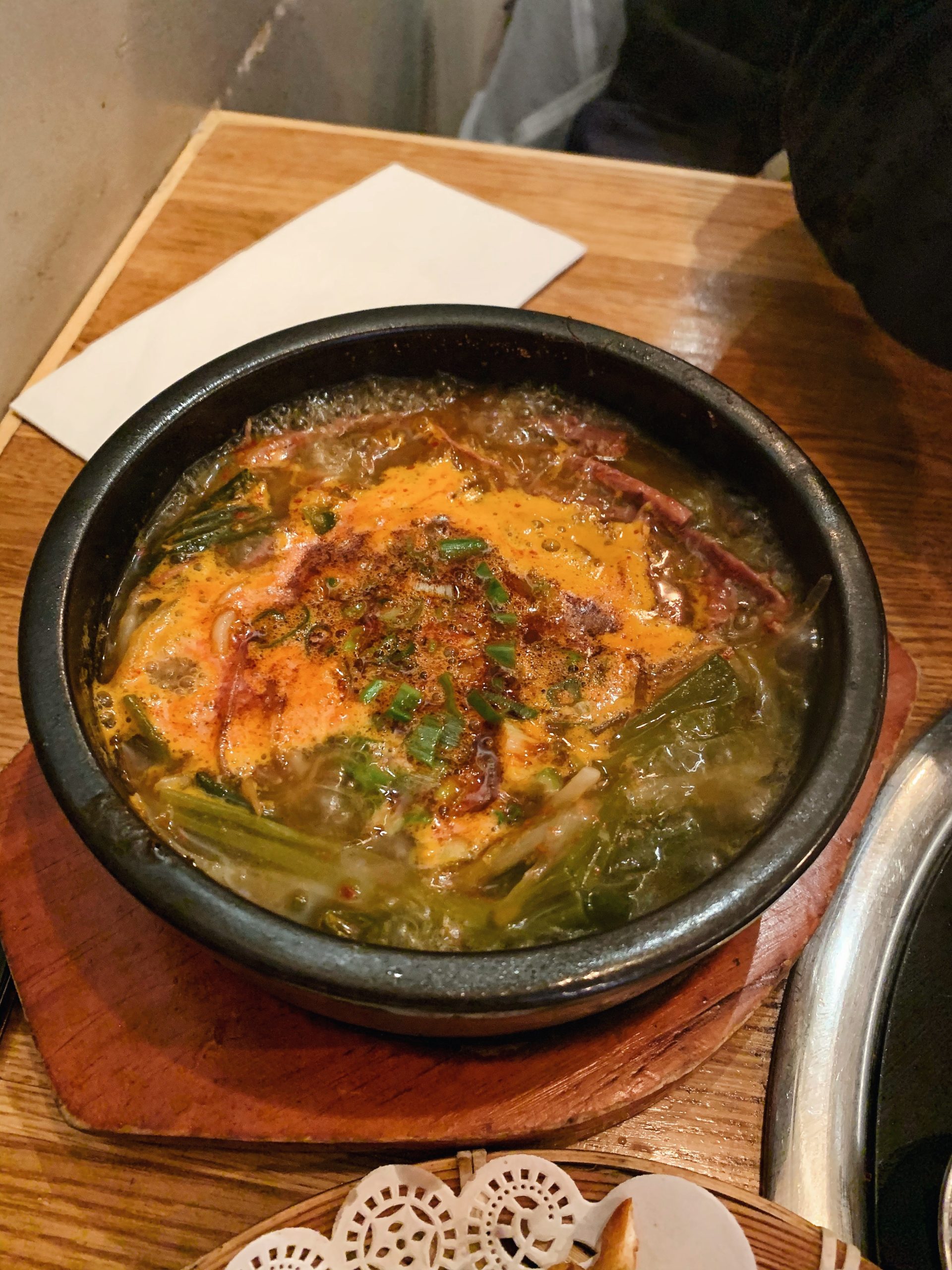 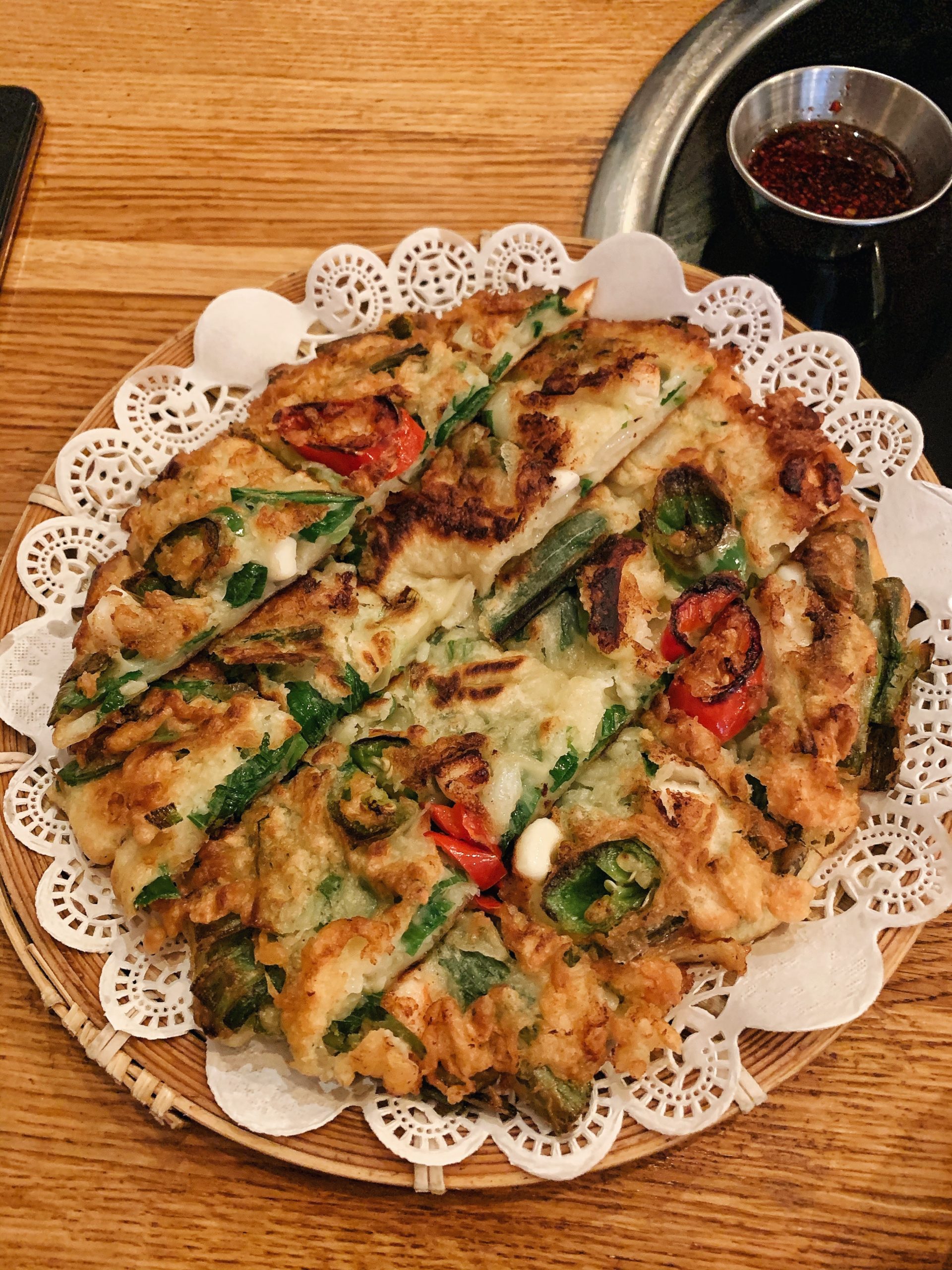 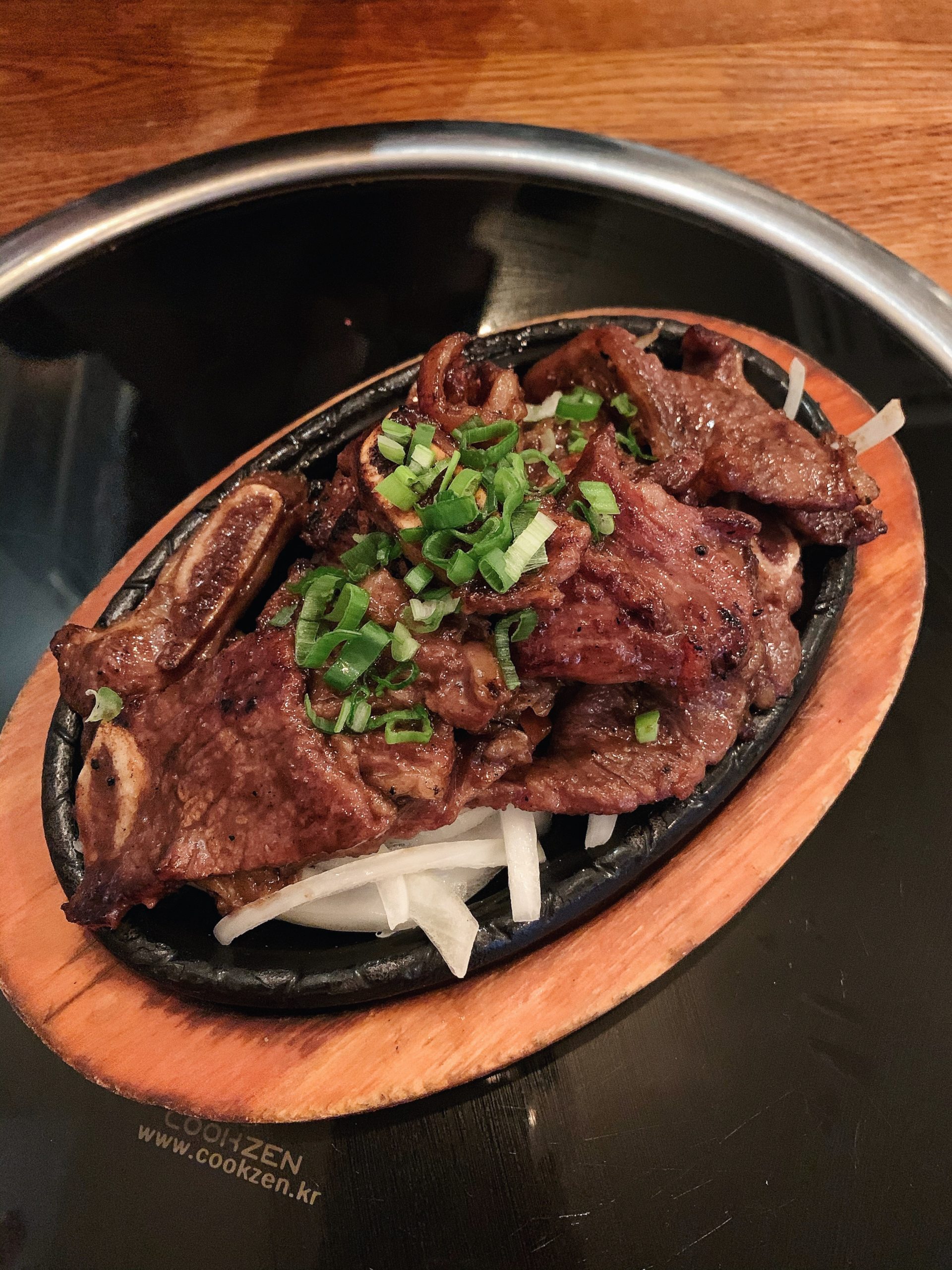 I have only been to Xian Biang Biang Noodles once but I can’t wait to go back! My boyfriend is from Xi’an and he said it’s as close as you can get to the real thing. That to me speaks volumes. The great thing about Xian Biang Biang Noodles is that everything is handmade. The open kitchen means you can see the chefs preparing everything by hand so order at least one of each! I’m such a fan of noodles that we had to order the beef hand-pulled biang biang noodles which were delicious. To go with that we also had the pork burger (think pitta style bread stuffed with diced pork rather than Big Mac), pork dumplings and chicken in special sauce and that was enough for two people. 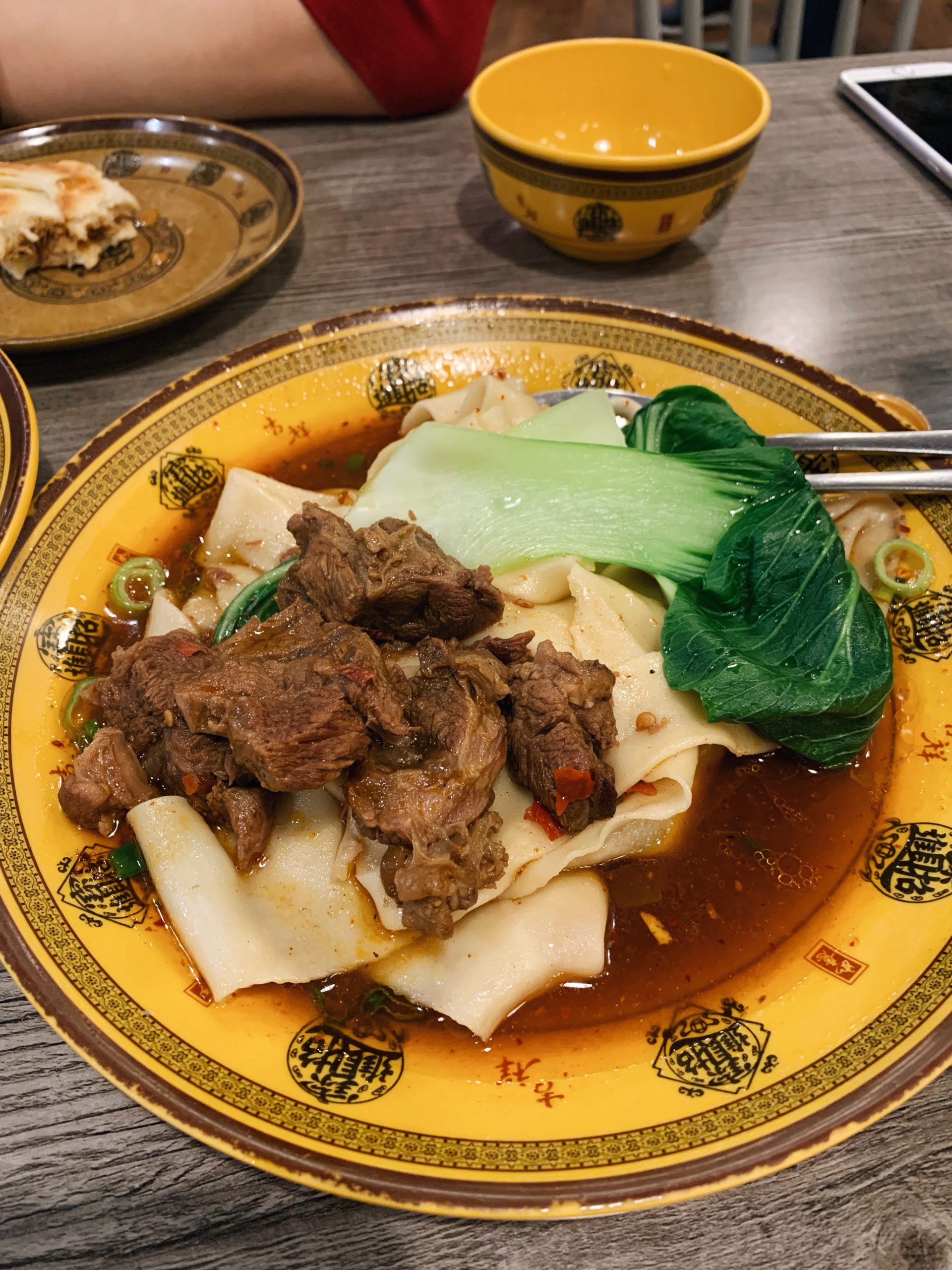 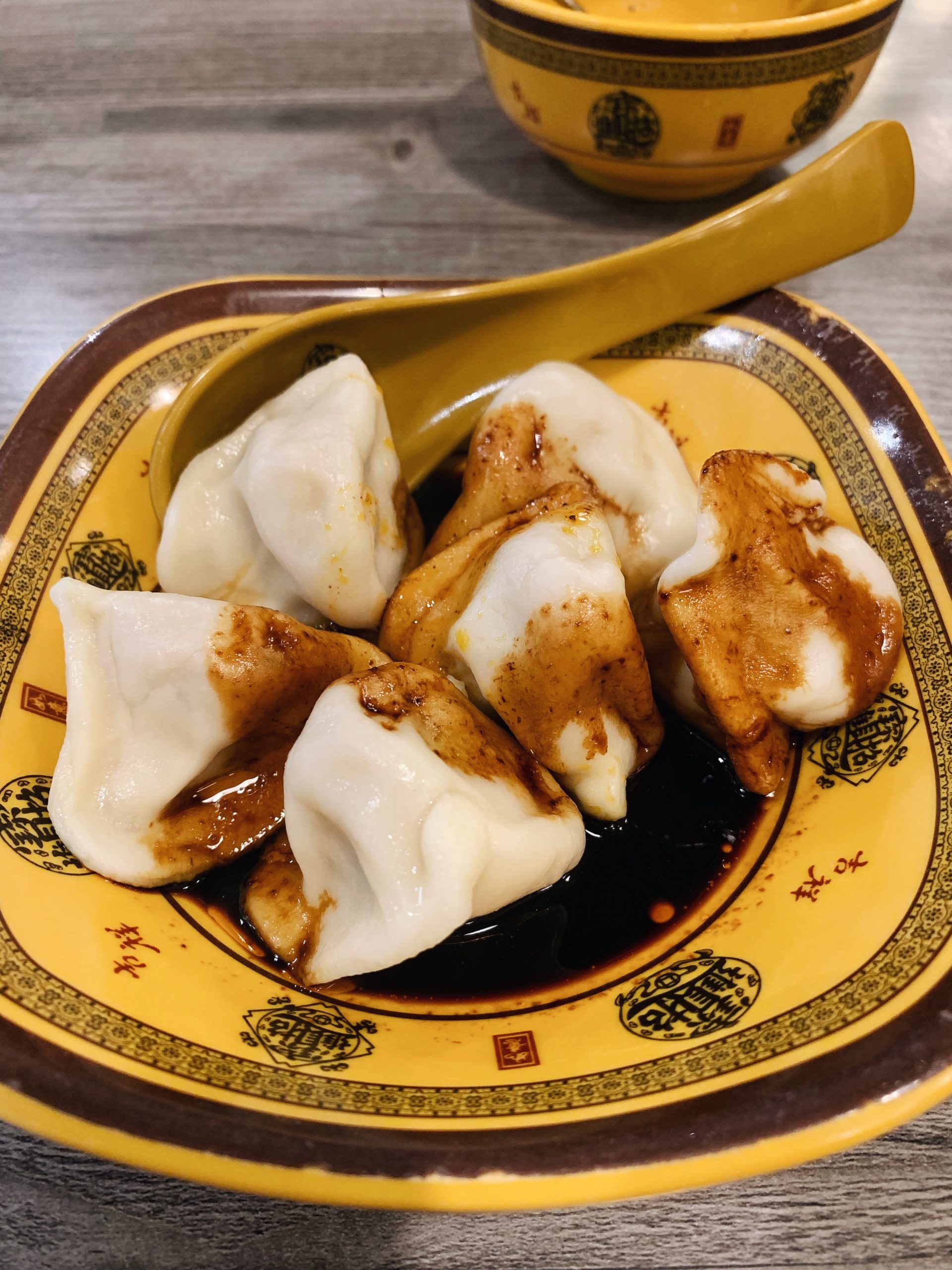 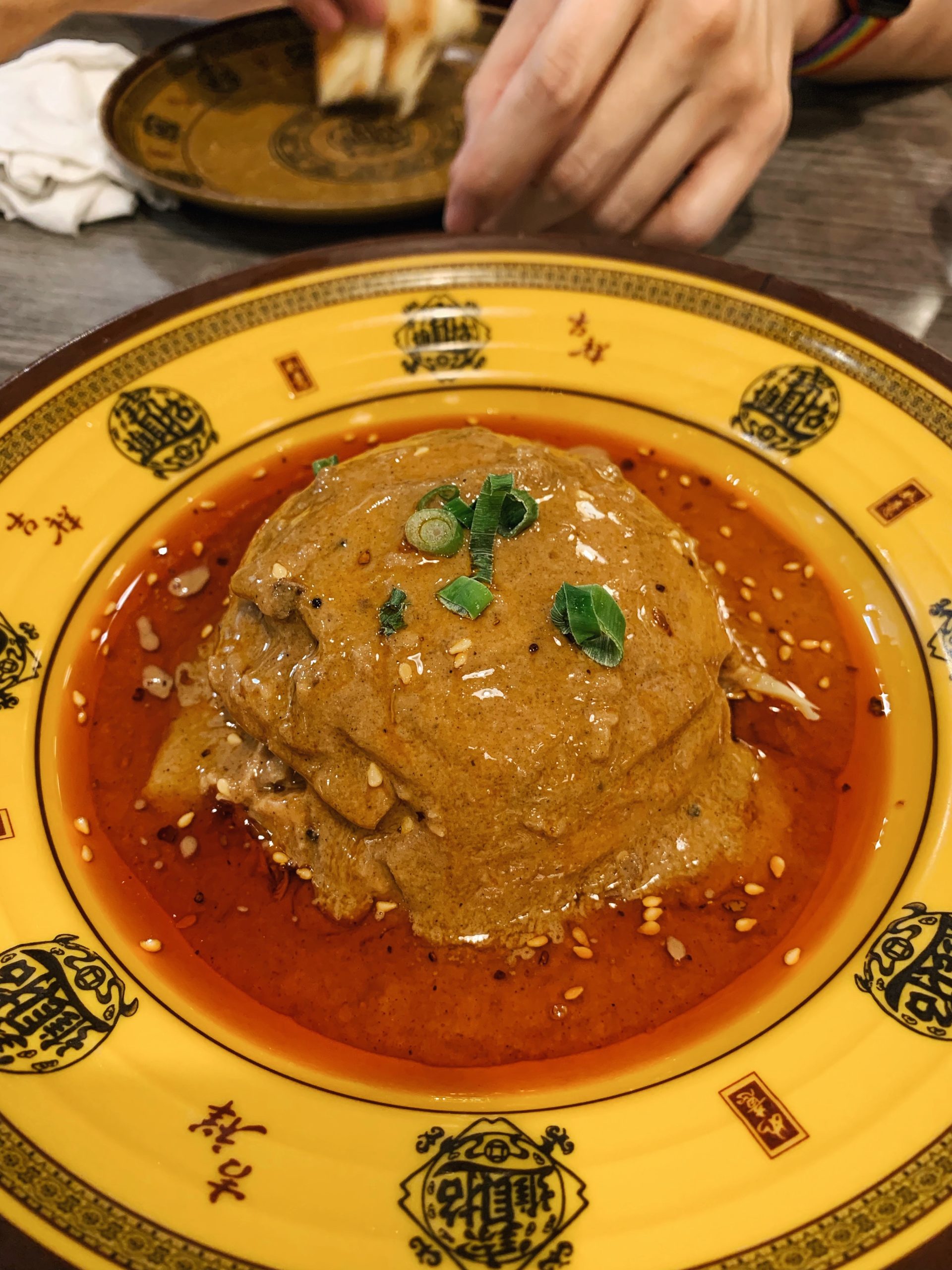 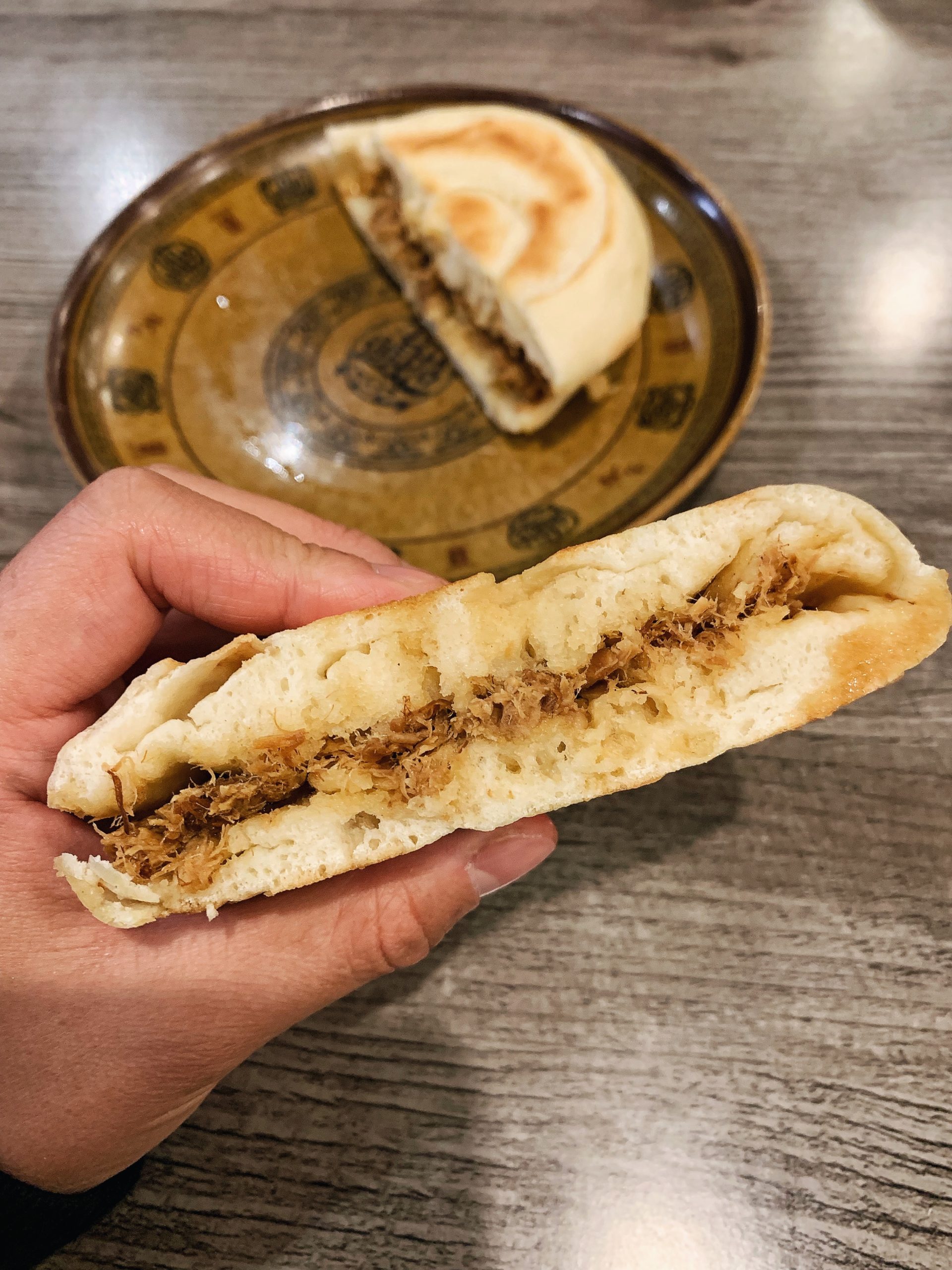 If you’re a fan of Indian food then you have to try Gunpowder. We first sampled Gunpowder at Meatopia and after trying their beef rib with Kerala spiced pepper sauce we became instant fans. The beef rib was tender, flavourful, plenty of spice and if the queue hadn’t been so long at the festival we would have gone back. Gunpowder is in two locations, Tower Bridge and Spitalfields. The beef rib was previously only available at Tower Bridge but looks like it’s no longer available *cries*. When we visited we went for the set menu as there were too many yummy things to choose from such as the aloo chaat and the grilled mustard broccoli. The set menu does include their popular dishes and in total it came to around £34pp which isn’t bad considering how much food you get. Service was quick too so you don’t have to wait long before you can dig into the delicious dishes. 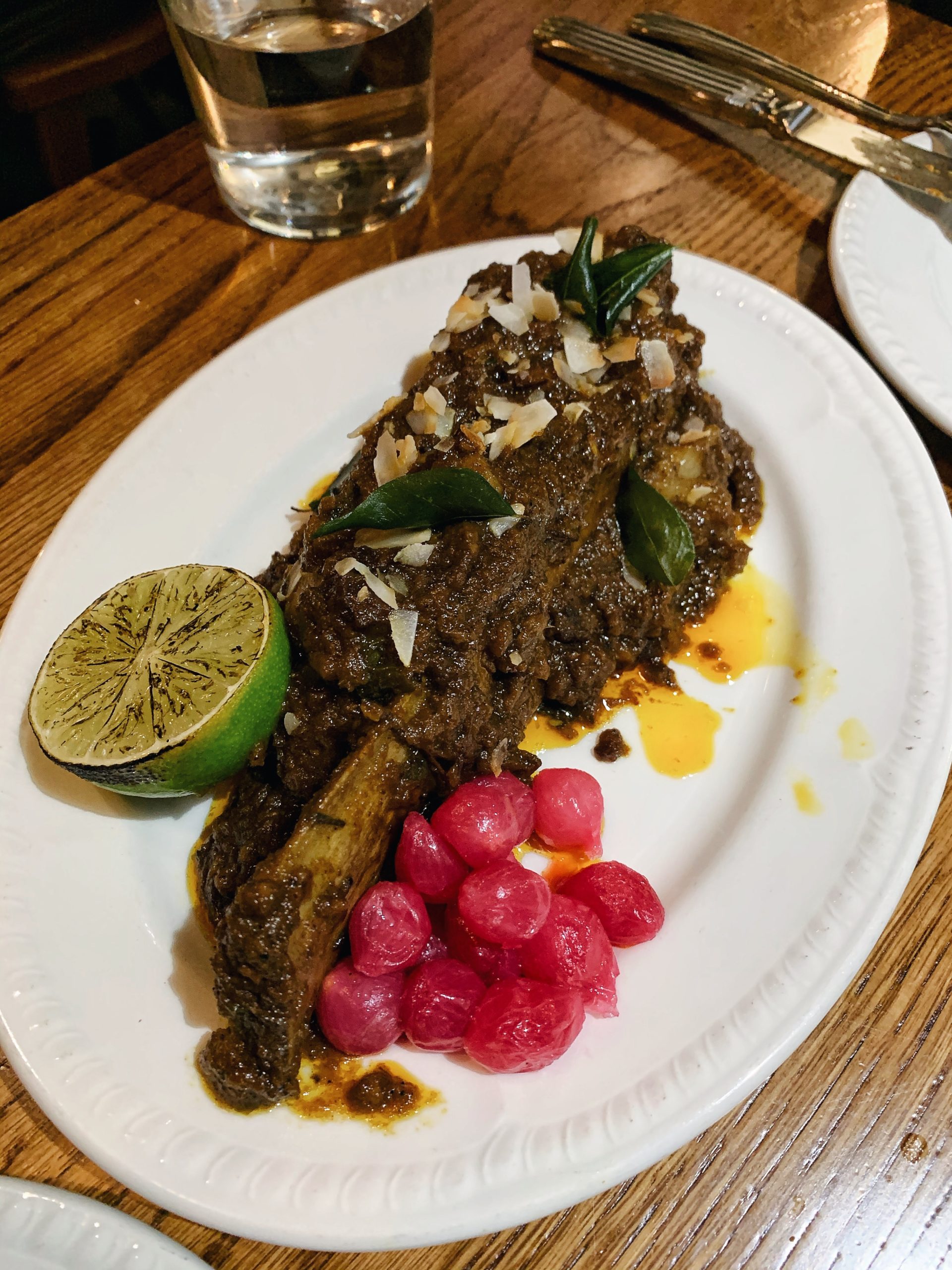 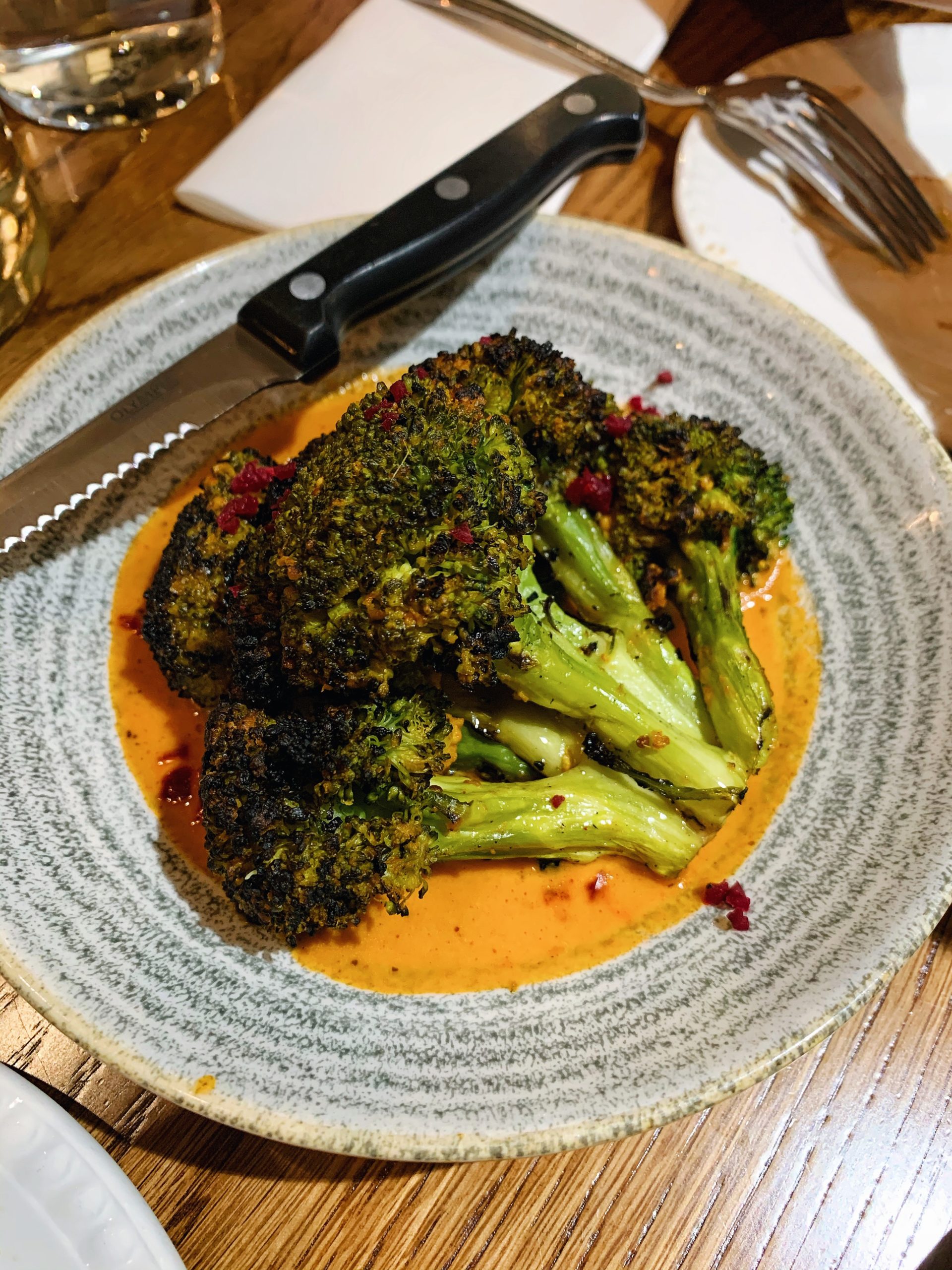 After our epic holiday in Japan, a katsu sando was the one that got away so when we found out you can get them in London, it was fate! TŌU is in the Arcade Food Theatre next to Tottenham Court Road station. Katsu is pieces of meat, covered in panko breadcrumbs and deep-fried so imagine that in a sandwich…
TŌU’s “classic katsu sando” is made with Iberian pork neck so it’s tender, juicy and full of flavour. If you’re not a fan of meat then try the “egg mayo” katsu sando made with deep-fried egg tofu. Tofu gets a bad rep for being ‘flavourless’ but this not the case when it comes to this sandwich. However, if sandwiches aren’t your bag then get the Iberian Schnizel rice bowl. Mix the soya sauce, yuzu kosho and egg yolk and pour over the rice and eat with the schnizel. 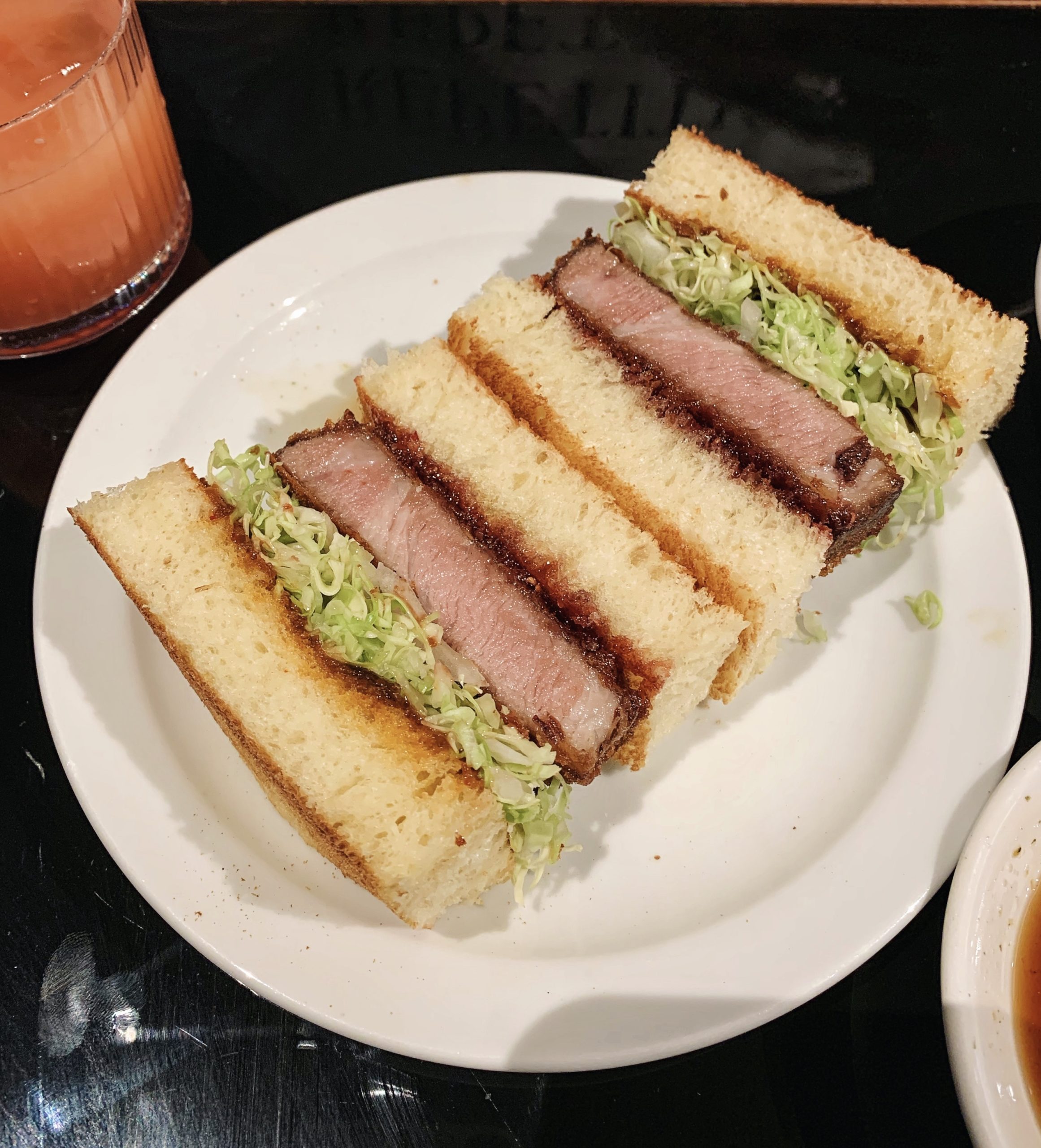 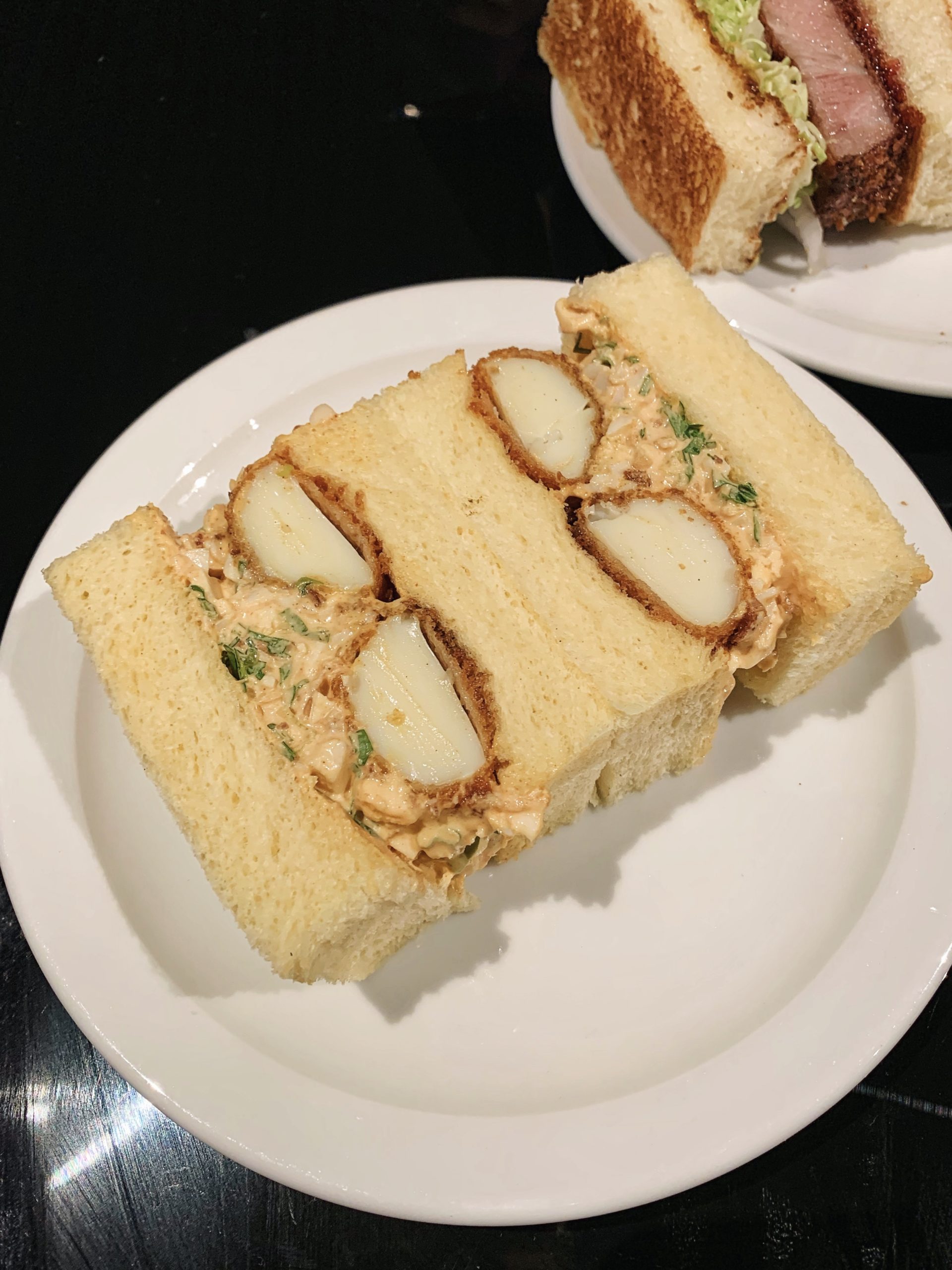 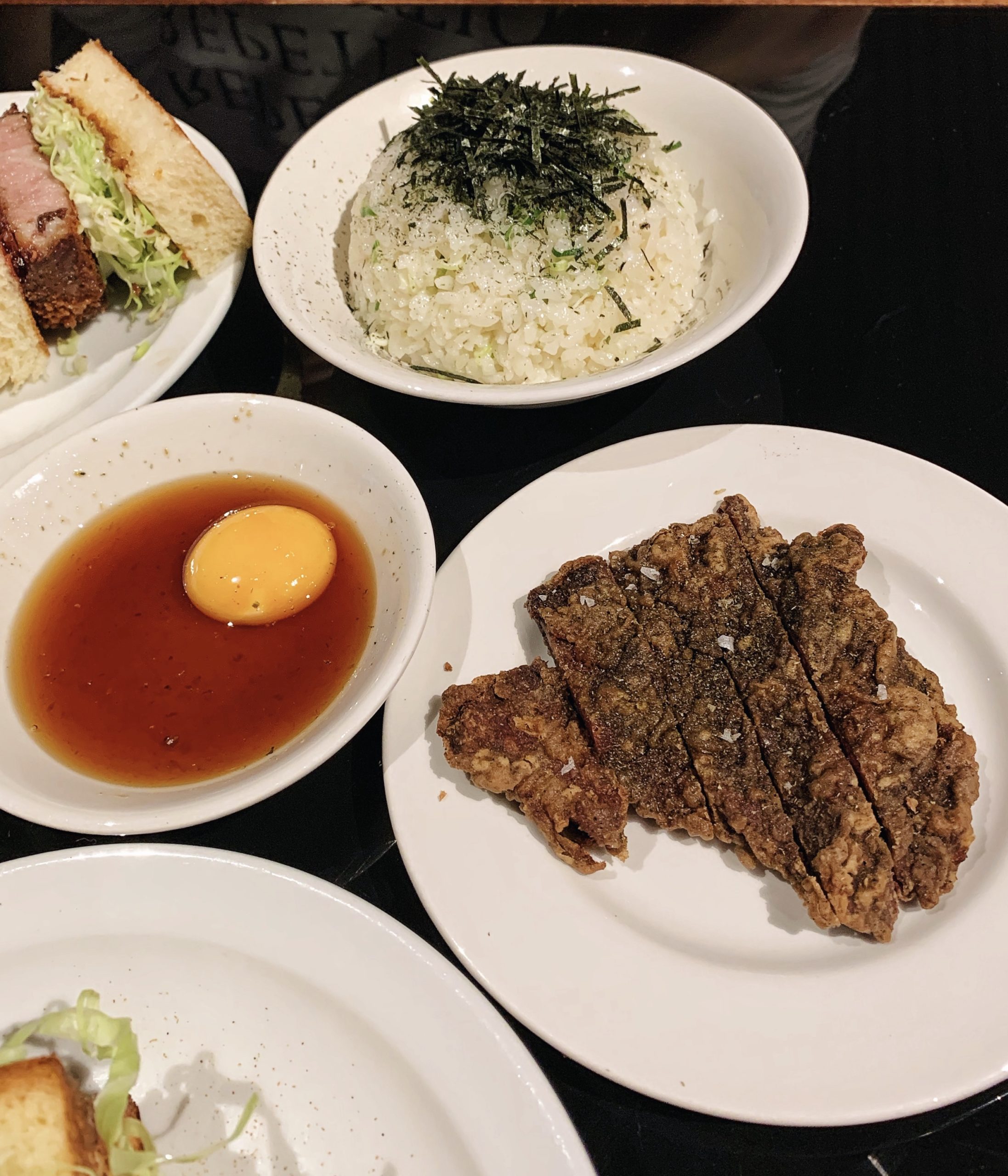 To conclude my list of top 5 restaurants in London I had to mention Strozzapreti at Seven Dials Market. Seven Dials Market is one of several indoor markets that have been popping up in London over the last few years. What I like best about it though is that it’s in one of my fave places in London, Covent Garden. Despite it being a tourist hotspot it’s not as hectic as say Oxford Circus and I like that it has a bit of everything as well as some great restaurants (Kangnam Pocha being one of them!) Seven Dials Market has an eclectic mix of cuisines but one of my faves has to be Strozzapreti by Bridget Hugo (Franco Manca pizza & Bread Ahead Bakery sourdough). I’m a huge fan of pasta already and Strozzapreti just reinforces that love. Bowls of handmade pasta bursting with flavour are why we keep going back for more. Every time we’ve been I always go for the aubergine pasta; a stew of aubergine, tomatoes, celery, garlic, onion as well as olives and capers which gives it that sweet yet salty tang. The menu is ever-changing due to the seasons so there’s always a reason to visit again. 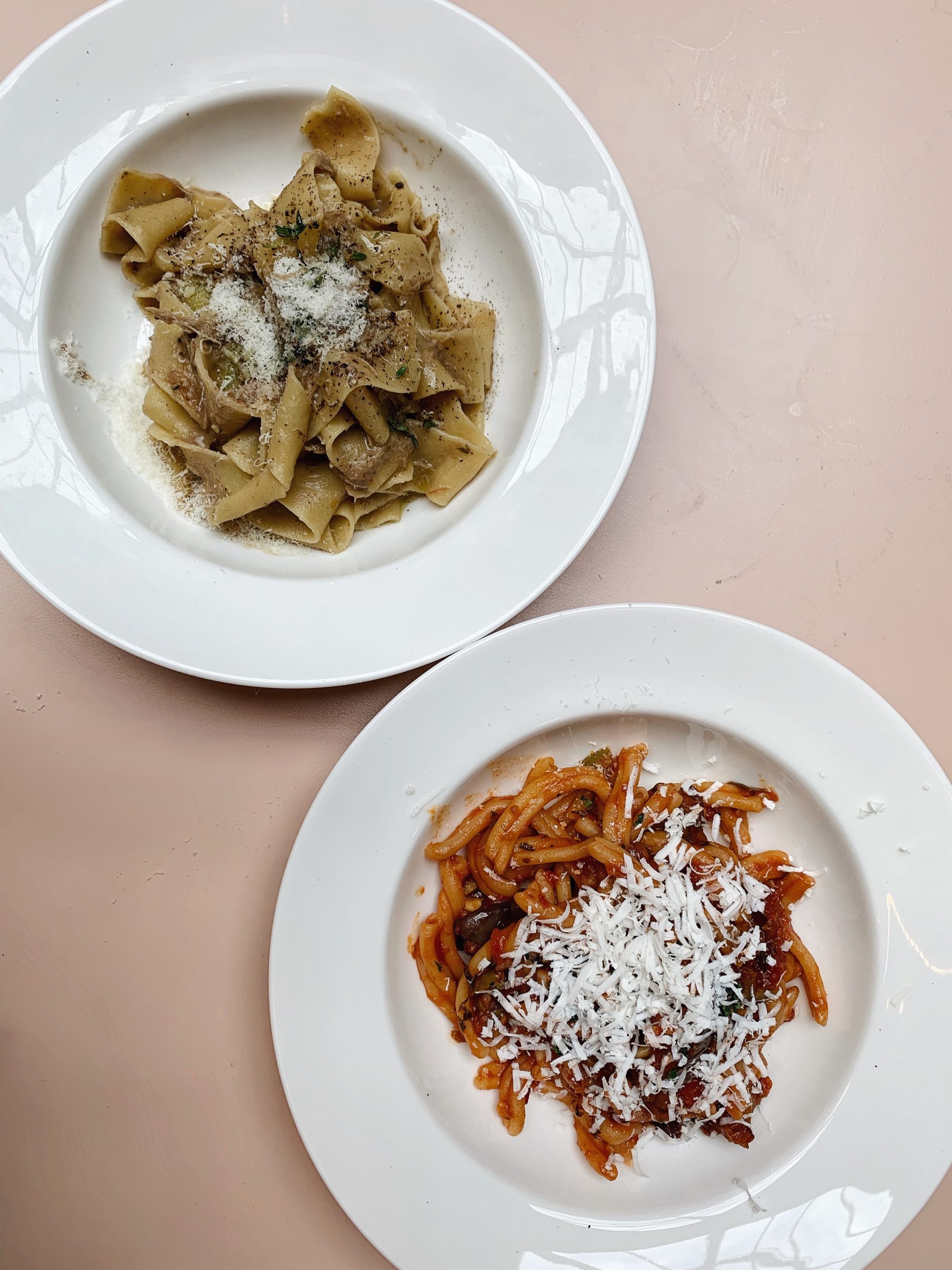