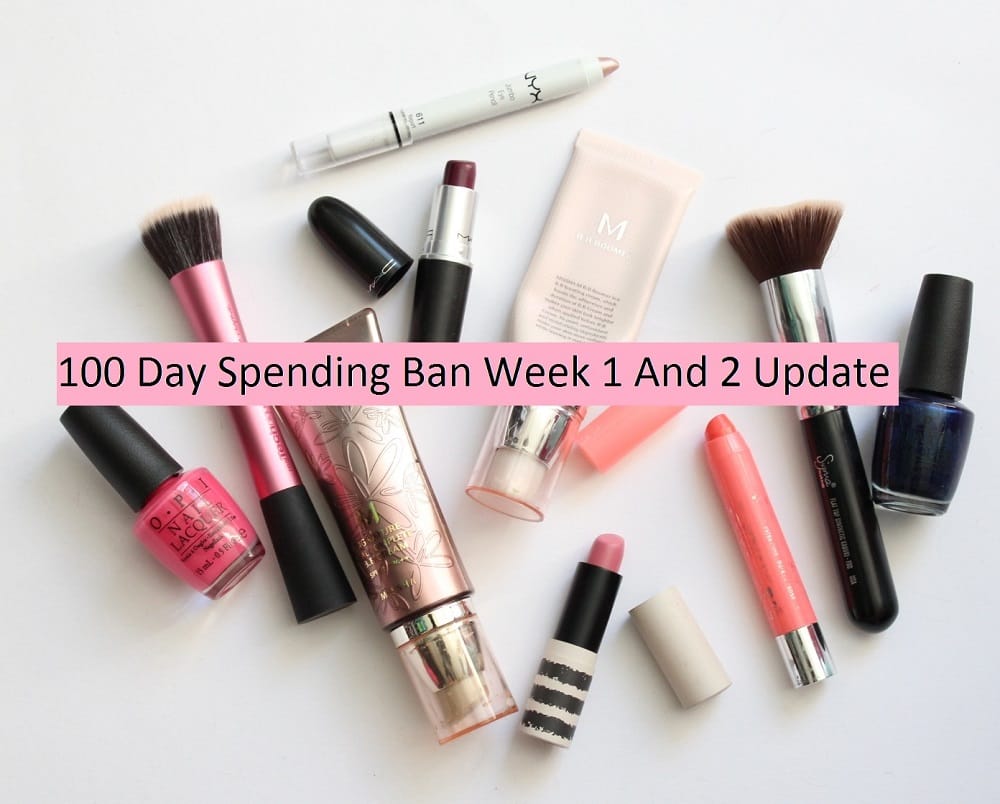 Hi everyone, hope you’re well and having a good weekend! So I kind of missed the first update of my spending ban progress last week as my life was a little hectic, so I’ve decided to combine last week and this week’s updates so today’s post is: 100 Day Spending Ban Week 1 And 2 Update!

Since starting the ban on the 2nd February I’ve found it hasn’t actually affected me as badly as I thought it would. Last week was considerably easy as it’s just the beginning and I have a lot of motivation! I also think what with working full time it gives me next to no time to go shopping and I’ve also been keeping myself busy in the evenings by meeting up with friends or watching TV. 😀

I must admit I’ve had the occasional urge to do some online shopping especially after watching numerous January Favourites and Haul videos on YouTube, but I find it’s easiest to block the temptation out when I power down all electronic devices in my grasp.

So last week I spent money just on food and drink and the same for this week too. I’m now halfway through the month with only 12 more weeks to go! I’m feeling optimistic about the weeks that are coming up.

Look out for another update next week. 🙂

Is anyone else on a spending ban at the moment?