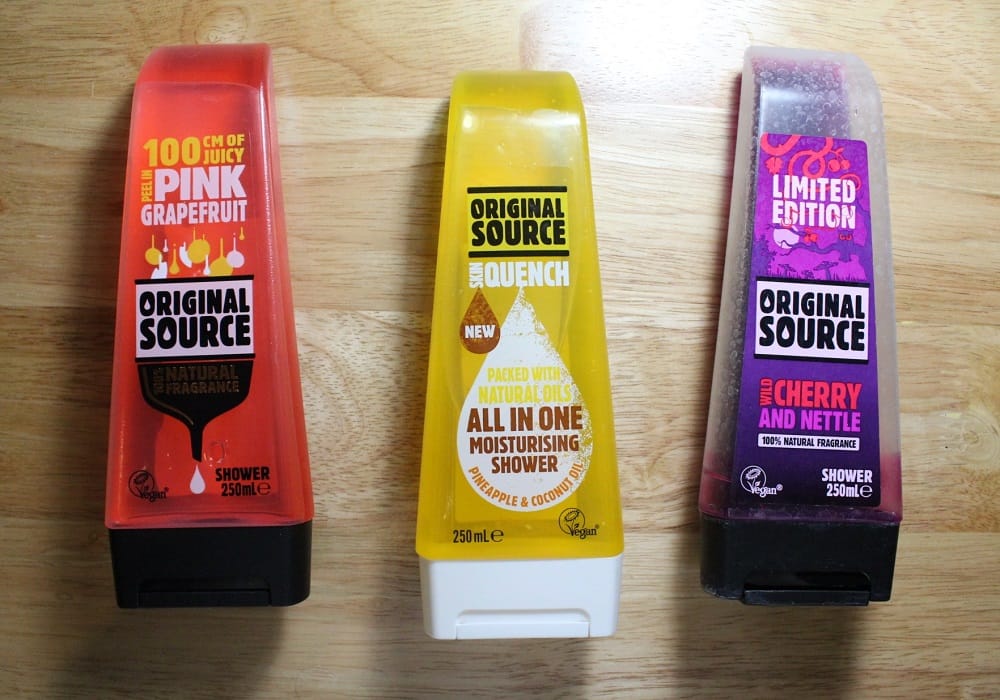 As someone who suffers from eczema, bubble baths are a bit of a no go area for me. While I sadly have to forego the colourful delights of a Lush bath bomb, it makes it easier knowing that I can at least smell nice with the great range of shower gels from Original Source*. 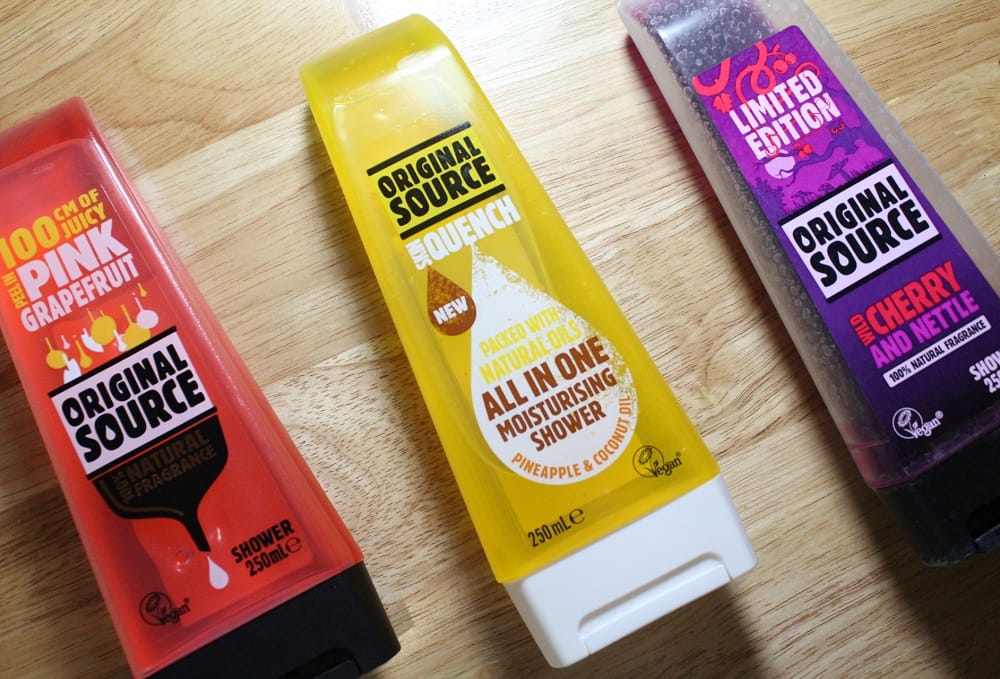 I’ve been a fan of Original Source for a while now. Not only do they have one of the widest selection of scents available but they’re also so affordable!

Within the permanent range, you get to enjoy the delicious scents such as ‘Pink Grapefruit’ which has a bit of zing that really wakes up you up. Alternatively if you’re looking to be transported to a more tropical destination then I highly recommend the ‘Skin Quench Pineapple and Coconut Oil’. The coconut oil gives you that extra boost of moisture, so your skin stays hydrated post shower not to mention it smells like pineapples – who could ask for more?

Original Source also release limited edition scents such as ‘Wild Cherry and Nettle’ which let’s face it just sounds good enough to eat (well minus the nettle). If you’re a fan of cherry pie then you can’t go wrong with this one!

The smell of each product is definitely one of the reasons I’m a fan, but in addition to this I really like Original Source because no only are their products produced with 100% natural scents as well as each empty bottle being 100% recyclable. Also even though I’m not vegan, their products are suitable for Vegans as they do not contain any animal ingredients but more importantly they do not test on animals.

You can buy Original Source products from most drugstores or supermarkets and their prices normally range from £1 – £3 so you’re definitely not going to break the bank. They’re also on offer sometimes too so definitely stock up on a few if you can!

Have you tried Original Source shower gels? What’s your favourite?