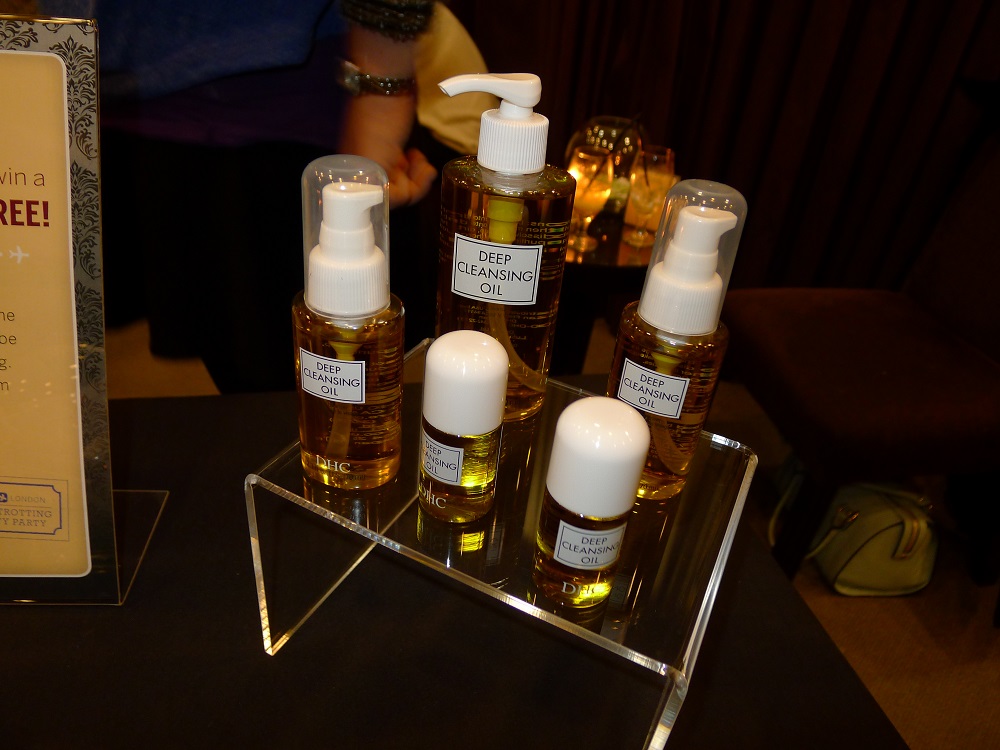 On Wednesday I had the pleasure of being invited to DHC’s globetrotting event hosted in London’s Malmaison Hotel! DHC is an online/catalogue Japanese brand whose products are produced through Japanese heritage and olive oil which is the foundation of their skincare range.

I had heard of DHC and recognised the brand whilst I was in Hong Kong, but I’ve never had the opportunity to try out their products so was really excited to find out more! DHC’s US representatives, Leslie and Heidi were present at the event and they talked us through some of the products and showed us the catalogue which hosts their full makeup and skin care range. 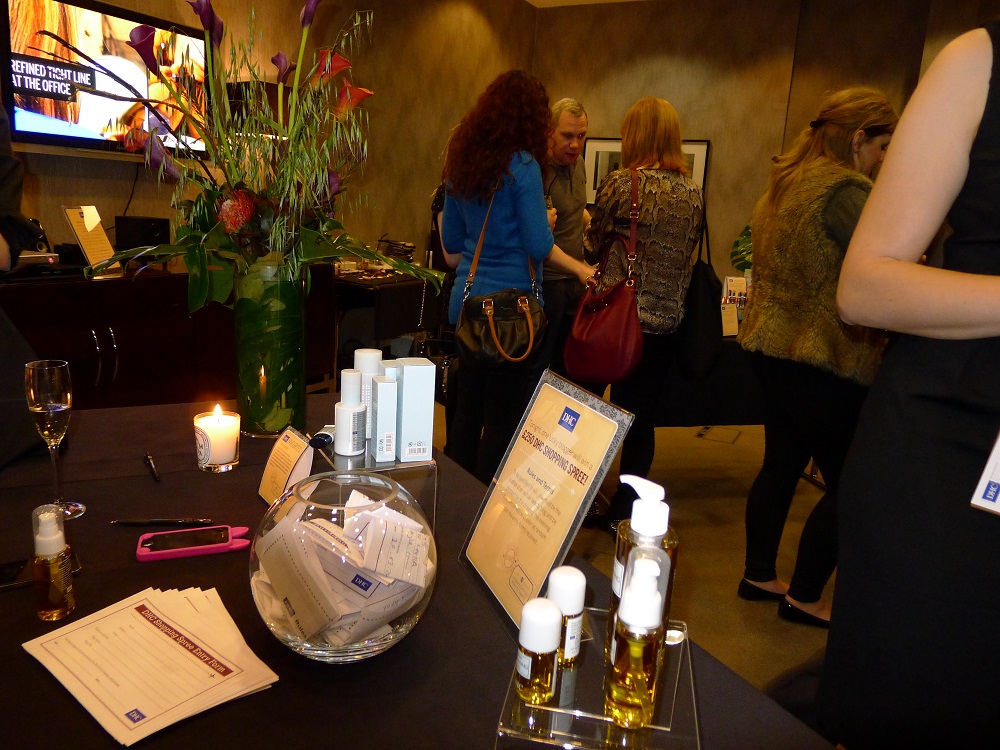 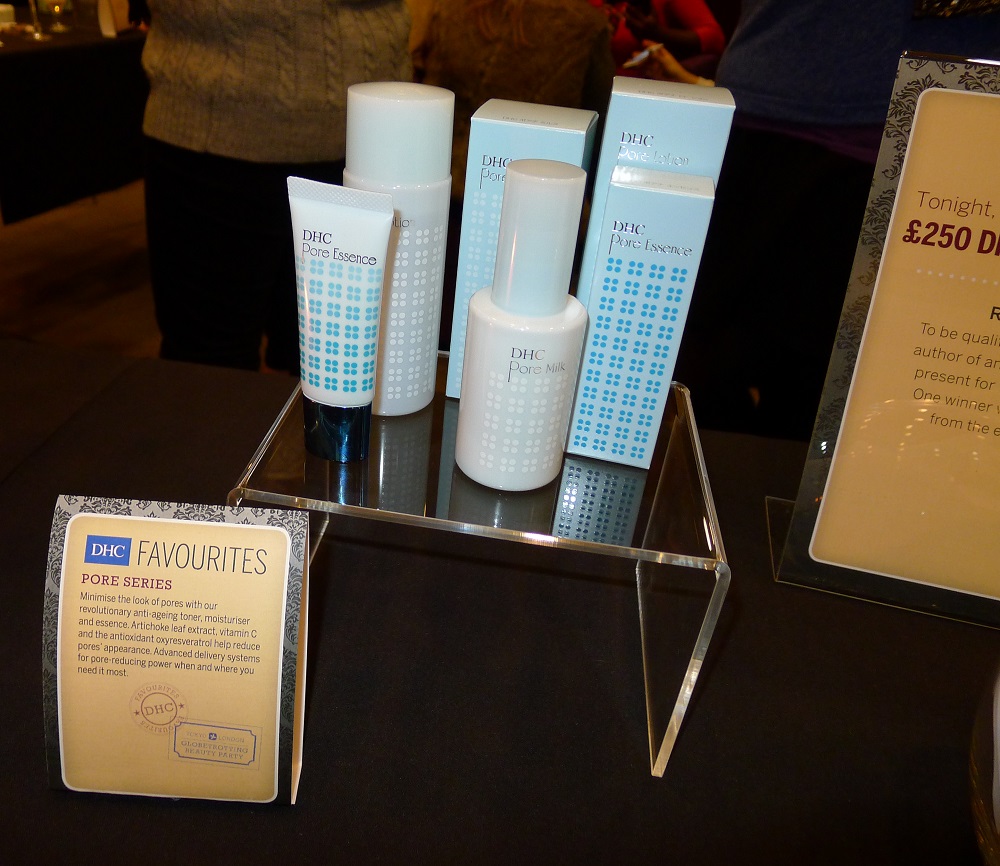 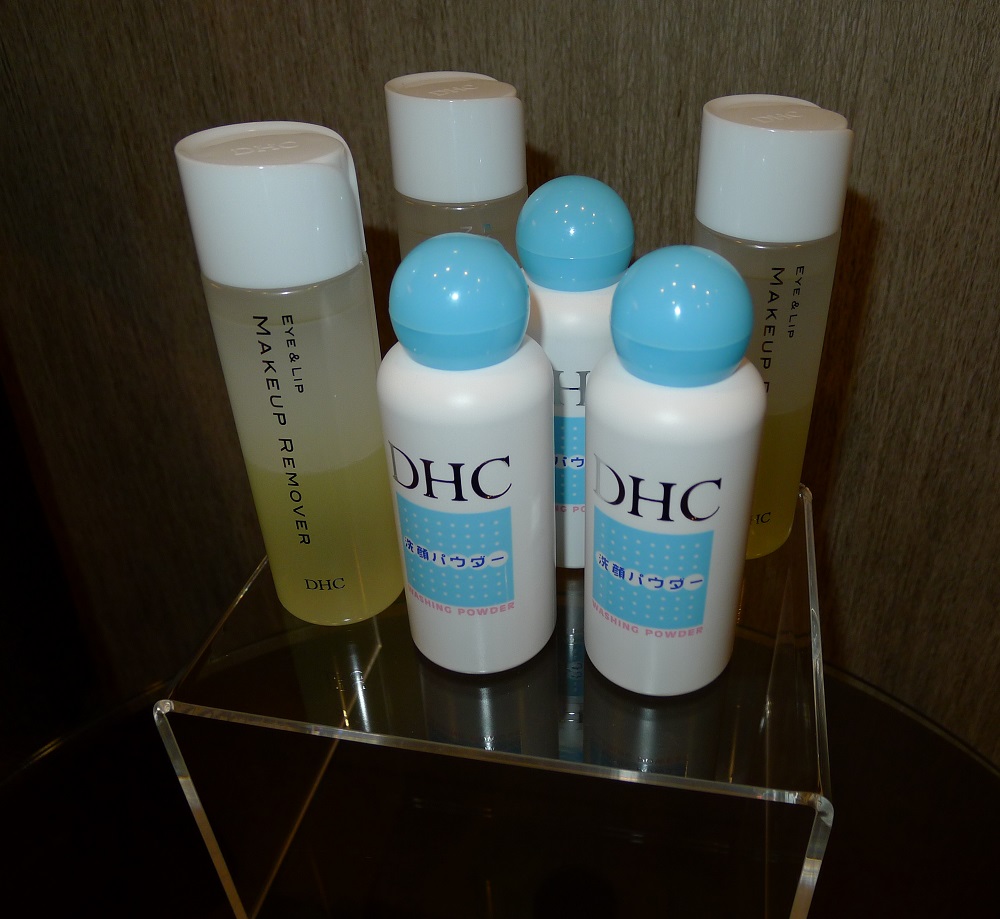 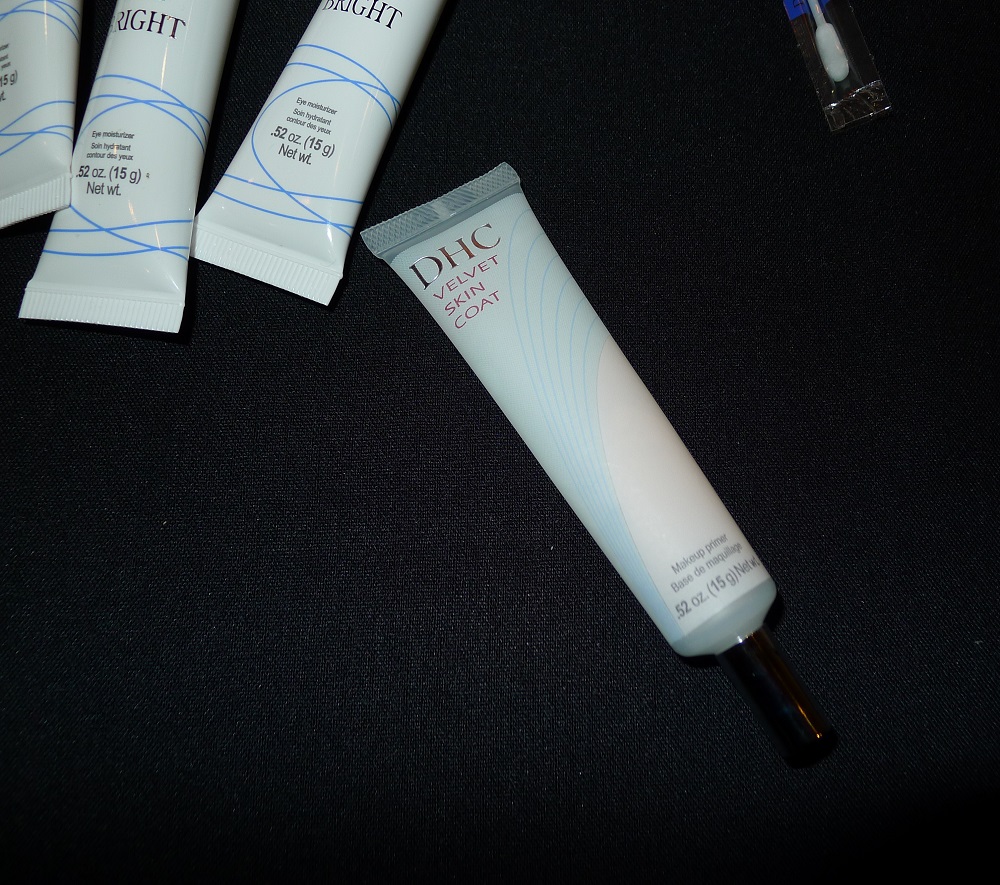 The most talked about product of the night was DHC’s Deep Cleansing Oil which I know some people have already had the chance to try as it was spotted in August 2012’s GlossyBox. Generally the opinion of the cleansing oil was a positive one, but I did hear a few mixed reviews so I’m looking forward to finding out for myself what it’s really like.

Alongside the skin care range, DHC has an impressive offering of makeup! Their top products included the Perfect Pro Double Protection mascara and the unique selling point of this mascara is the fact that you can actually remove it using warm water. Using gentle massaging movements on the lashes, the mascara is said to come off in tiny tubes giving clean and swift removal!

Another great product is the FX liquid eyeliner which was actually one of my favourites. Being a big liquid eyeliner fan at the moment, the thing that impresses me most is when the eyeliner is waterproof and this one is said to be water resistant, so big thumbs up!

Next up is the Moisture Care lipsticks which were one the prettiest things I’ve seen. There was a nice shade range and I was told they actually contain Hyaluronic Acid which is a much sought after ingredient in most skin care and makeup these days! 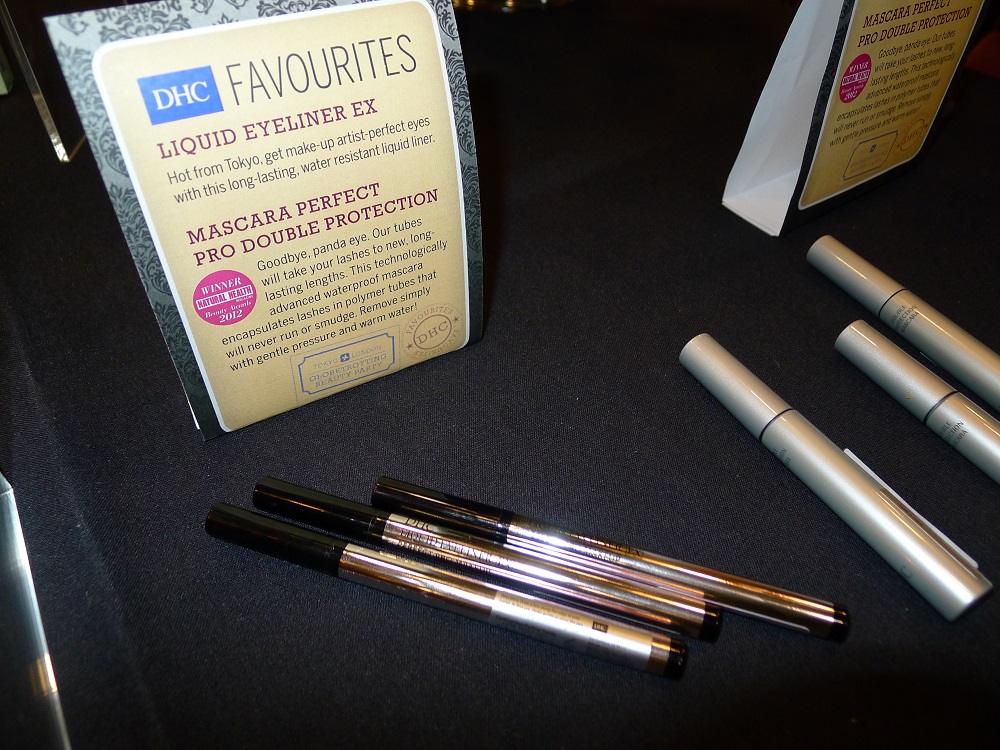 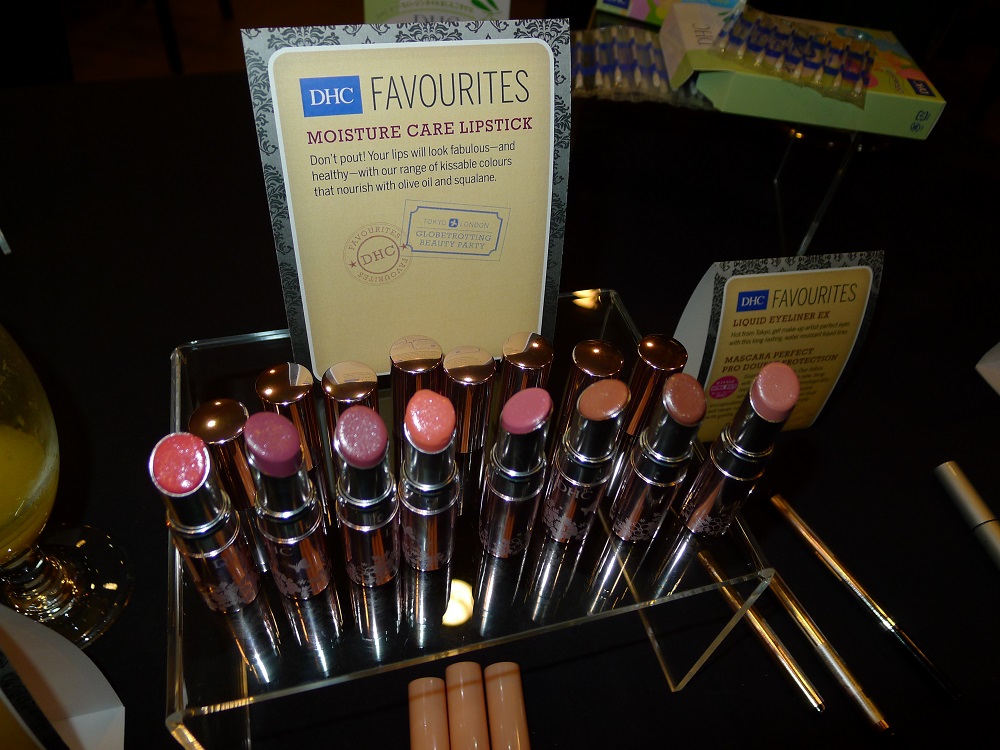 Come to think of it, all the packaging for the products was really nice and I particularly admire the simple designs. For an international brand in the UK I think the prices are reasonable as I know other Japanese brands such as Shu Uemura and Shiseido can be expensive. You can find DHC products online and they also have a select few items at BeautyMART in Harvey Nichols, London.

Overall it was a really lovely event, with plenty of wine and canapés being served throughout! Makeup artist Luke Stephens was also on hand to give make overs and tips on how to use some of the products. The venue was really cosy too so I was able to chat to so many great people! 🙂

So have you heard of DHC before? Have you tried any of their products?